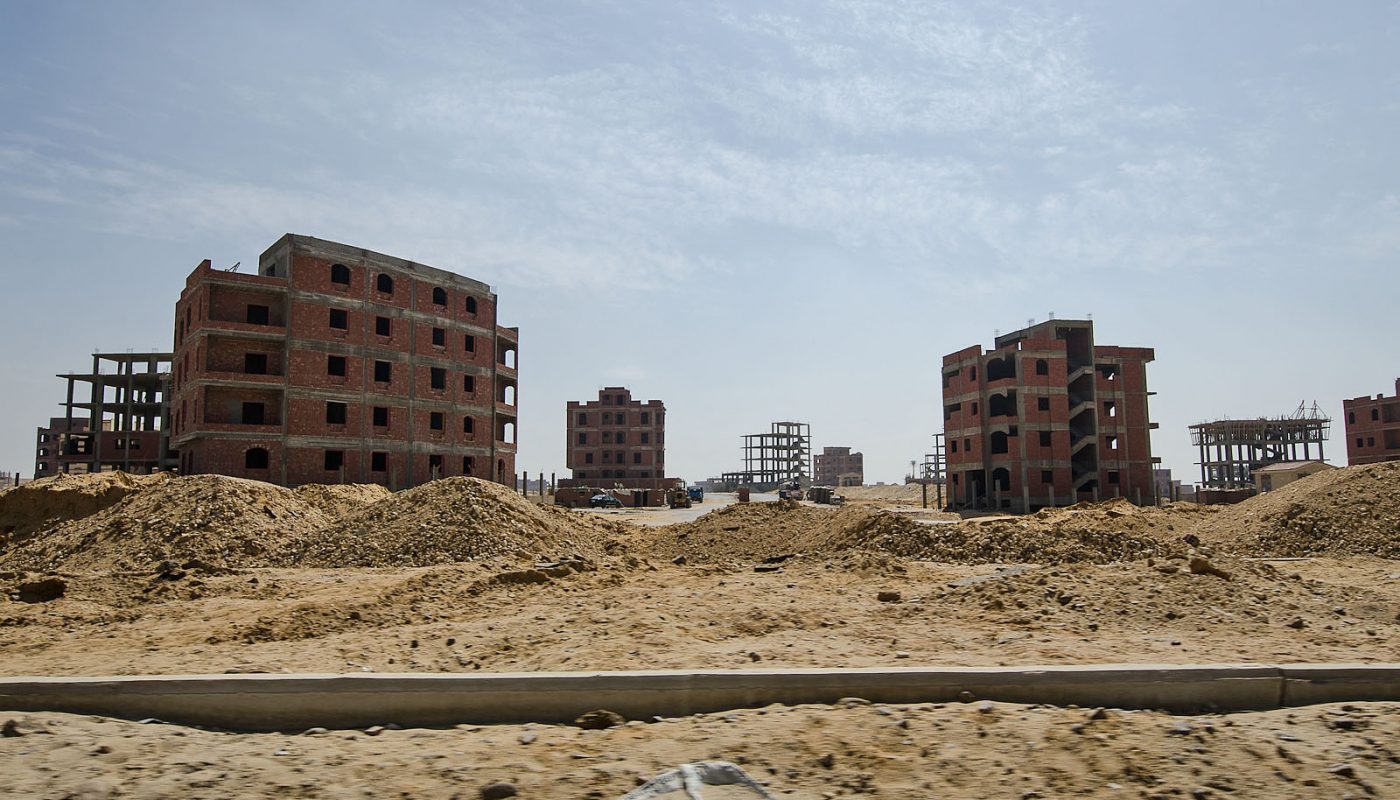 In the 1970s Cairo started expanding into the open desert. Most of these new towns, built to cope with the city’s fast growing population, fell considerably short of expectations. A photo essay explores the desert cities Al-Shuruq and New Cairo. Article for Failed Architecture

Cairo, since its foundation more than 1000 years ago, continues to be the political, economic and urban centre of Egypt. Like many other cities, the population of Cairo multiplied in the last few decades. From an estimated 3.3 million in 1960, the Metropolitan Area of the Greater Cairo Region has risen to consist of some 17 million inhabitants (estimates vary between 14 and 20 millions) which represent more than one-fifth of Egypt’s population. Traditionally situated in the Nile-Valley, Cairo is surrounded by desert plains to the east and to the west. It was not until the 1956 Cairo Master Plan that these desert badlands, often owned and utilised for training by the Egyptian military, were thought to be a place of settlement. It took another two decades, when in 1976 the first desert-city, 10th of Ramadan, was officially launched. Other desert cities were soon to follow, amongst which 6th of October, 15th of May and Al Obour…